On August 10, 2020, an unusually strong and long-lasting line of thunderstorms, a derecho battered vast swaths of Iowa and the U.S. Midwest. More than a week after the storm, tens of thousands of Iowans were still without electric power, and many farmers were mulling whether they could salvage crops and repair grain silos before the coming harvest. 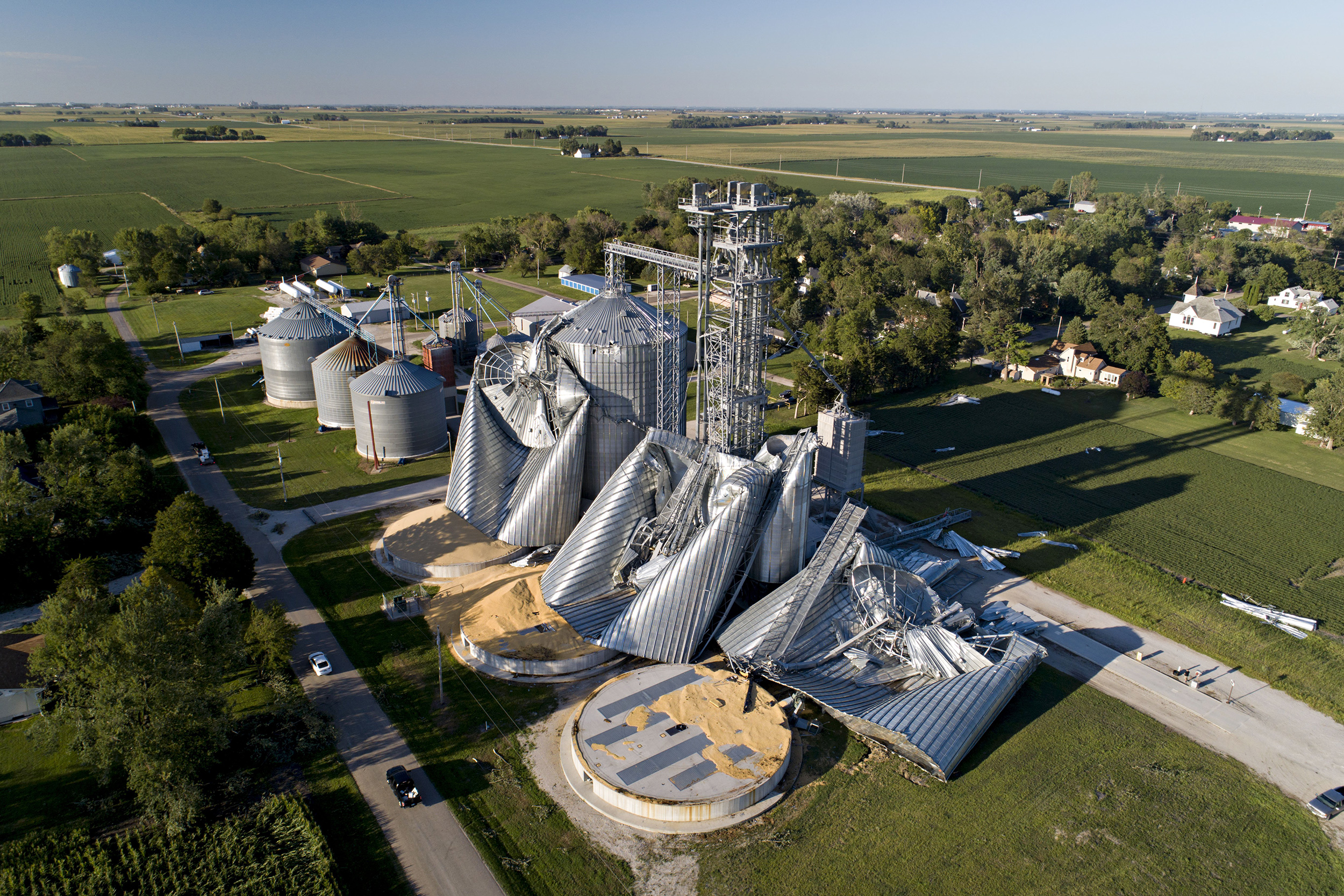 One thing that makes this derecho stand out is how long the strong winds lasted in parts of eastern Iowa (particularly around Linn/Cedar counties).

Peak winds have been estimated so far at 110-140 mph, which makes this one of the strongest derechos on record.

The derecho covered an area nearly 800 miles wide in the Midwest with hurricane-force winds topping 100 miles per hour. It lasted 14 hours, destroying or severely damaging thousands of homes, schools and businesses while uprooting countless trees that had stood for over a century, helping take power lines down with them. The storm knocked out power to more than 1 million people in the Midwest. While most of the power has been restored, Cedar Rapids was one of the hardest hit cities.

Cedar Rapids Mayor Brad Hart said the storm and the damage left in its wake was unprecedented for the city.”I lived in Houston and I lived through some hurricanes, so some describe this as a land hurricane where we had these sustained winds for 45 minutes. It just didn’t stop,” he said. “And that doesn’t happen in Iowa. We have tornadoes, and the path of tornadoes … is much more narrow.”

Hart said the destruction was made worse due to the width of the derecho.”This wiped out our entire county,” he said. “There was no power in the city and much of the county, people didn’t have cell service. The streets were impassible. It was horrific.”With utilities companies working around the clock to restore electricity to about 12,000 customers still without power, hot water and air conditioning should hopefully be back on for everyone soon.